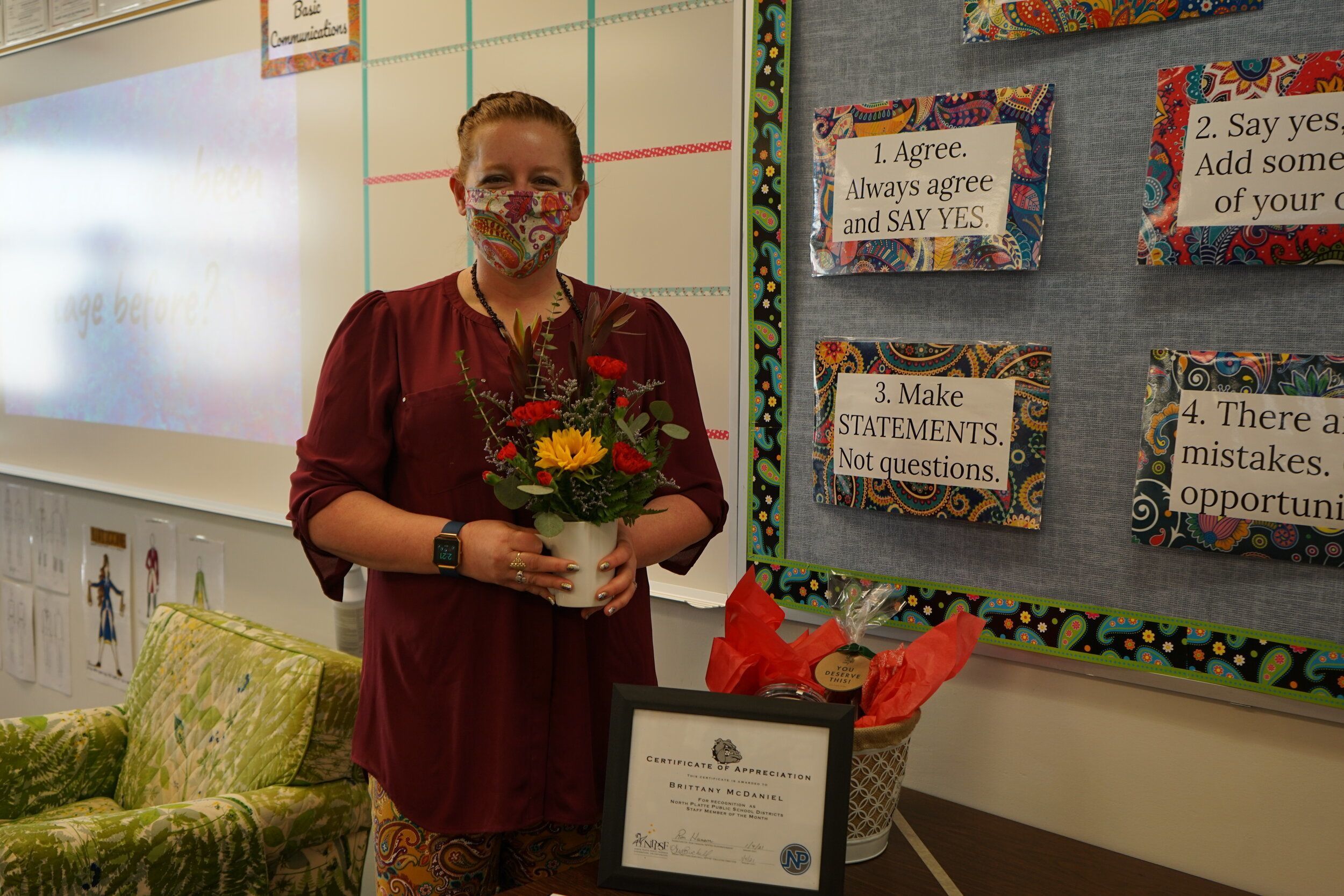 Brittany McDaniel is a speech and theatre teacher in 2408 at North Platte High School. Her classes include Basic Communications, Beginning Debate, Beginning Acting, Advanced Acting, and Intro to Theatre for dual credit. She loves teaching this content because no one ever gets worse at public speaking, you can only get better.  It is also incredibly exciting to watch students learn and discover new things, even when they think they are making mistakes.

Her husband, Sam, works for Region II Mental Health and they have three children.  One of Brittany’s favorite things is having people stare at them when out in public because she is a redhead, married to a redhead, with three redheaded children. They also have two cats, Sushi and PatPat.

Brittany has her Masters of Theatre degree from Regent University and is currently pursuing her Graduate Certificate in Communication Education from Minnesota State University in Mankato, MN.  When not busy with school work, she enjoys sewing, painting, and general crafting, and when her kids get a bit older, she would like to get back into training for marathons and triathlons.  Brittany and her husband Sam are also the youth leaders at First Baptist Church and huddle leaders with the high school’s Fellowship of Christian Athletes group.

She came back to teach at her alma mater-North Platte High School. Brittany graduated in 2004 and returned in 2013 to start her career at NPHS. Education runs in her family, her father Darrell Drullinger was a teacher at Osgood and Adams.

She is dedicated to making her students feel valued. Every week she gives each student a compliment, not necessarily about their appearance but about that student as a person. She wants to take the time to know her students and their qualities.

Her nomination included the following from Principal Mr. Scott Siegel. “Brittany is kind, supportive, and always considerate of others. She sets a positive example for students and adults alike. Brittany thinks of others and lifts them up. It is an honor to have teachers like Brittany at North Platte High School.”

Thank you to our sponsors Prairie Friends and Flowers and Stuart Simpson, Executive Director of Finance at NPPSD.